This past Saturday was a pretty special one for me. I turned 40, which seemed to be more significant than turning 30 and probably even more than 21. I feel like I have to be a real adult, now. Birthdays, and if I’m being honest, most other events haven’t ever gotten much of an emotion from me. However, the time leading up to this milestone has been pretty heavy with a significant chunk of my life having been uprooted, shaken, drowned, thrown at the wall, and hung on the line to dry. This past weekend signified to me a new beginning.

Aside from the old settling in, I along with a few of my elementary and middle school gifted-class-classmates organized a small reunion of sorts at the restaurant by the lake in our old hometown. There were eight of my oldest friends and two of our three gifted teachers gathered around a table where we shared a meal and reminisced about the times we shared as children as well as where our lives have taken us since.

Oddly enough, in my last post, I mentioned that I figured our waistlines were different than when we were kids, but everyone was quite proportional to when we were ten years old.

We talked about our first gifted teacher, Ms. H, who passed away a few years after we all graduated from high school. Her class was hard, but she had high expectations of us. She challenged us with puzzles, laid the foundation for the future by exposing us to basic computer programming as 3rd graders in 1987. Kindergarteners are learning to wire up homemade robots that do calculus these days, but touching a computer was pretty advanced in the Reagan years. She didn’t just hammer our brains into jello in the classroom. We played games on the computers, watched historical movies, put on plays, and took fantastic field trips all over the state.

This was our critically acclaimed production of Alice in Drugland performed at the Red Hills Festival in 1988. $10 to the first person who wasn’t there that can pick me out and tell what character I was portraying.

After Ms. H, we were taught by Mrs. P who continued to challenge us mentally. Her most prominent qualities that I remember from those days were her caring and compassion. It was overwhelmingly evident that she loved every one of us sincerely. In fact, my grandfather still tells me when I see him that every time he talks with Mrs. P’s husband, who is his insurance agent, Mr. P asks about me because she still wants to know how I’m doing 27 years after I left her class. Not surprisingly, Saturday night, with only 1 day’s notice, she brought each of us a box of crayons with a quote by Louis L’Amour  attached which said life is like a child’s coloring book, we’re judged by how well we can color inside the lines, but it’s up to us to choose the colors.

Mrs. K. was our last gifted teacher and taught us during our 7th and 8th-grade years. She introduced us to the stock market through a competition against other schools around the country, and our stock picks even had us 1st in the country for a week or two. She continued our computer training and introduced us to the first IBM computer any of us had ever used. I remember her class pushing us harder than any before but giving us more leeway to pursue our own interests as well. At the time, I remember her class being difficult, but now I appreciate the elevated expectations she had of us.

After dinner was over and our teachers hugged us all, they left. Then, we–with the exception of Jason who had a family emergency–followed quickly behind and headed to Nowell’s house to sit around a firepit and continue catching up with each other until well after midnight.

As I talked to these friends, many of whom I’d known since we were in diapers, I immediately fell back into a comfortable place in my past. We’ve all changed over the years. Some of us bear the outward manifestations of our life’s journeys, and some are internal, only visible to those we let see past the front we put up to protect ourselves from the world. As we sat around a fire, the quality of which only an Eagle Scout could have built, I told my stories and I listened to the other conversations going on around me. I soaked up the experience as if I was a parched nomad who’d stumbled upon an oasis. I smiled as I was reminded of people I’d not thought about in forever and stories involving folks I knew. It was a night full of laughter and renewed friendships. 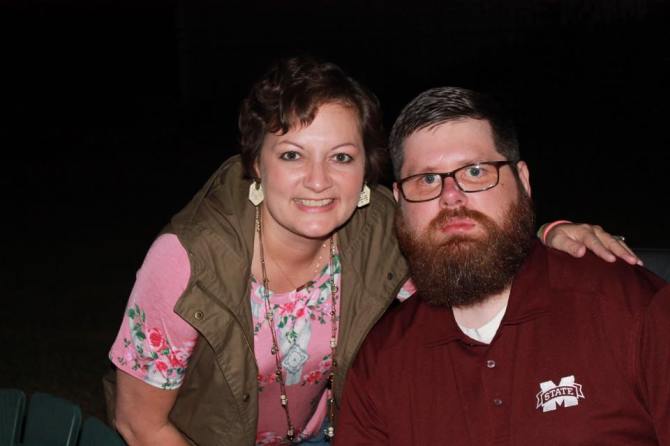 I left the party sometime just before 1 a.m. to go back to the lake where I’d rented a room for the night. My intention was to get up and leave in time to be at my church in Jackson by 10 a.m., but I realized when I laid down that being in the upright position by 10 a.m. might be lofty enough of a goal. I did manage to get up and get in the car to start the drive home by 10:00, though. (Sometimes, you have to settle for the tiny victories.)

As I traveled south on Hwy. 25, I had the four-lane almost to myself, and as I drove, I replayed the previous night in my mind. The faces were fresh and the sounds were vivid in my recollection. Gazing out at the cracked, rough, potholed ribbon of worn out asphalt ahead of me and the azure above, I realized that my thirsty soul had been refreshed. I felt at peace and knew I’d received a blessing the night before as I sat around a campfire surrounded by old friends. So, I said thank you to the Big Guy upstairs, turned up the radio, and cruised south with the biggest smile I could smile for the rest of the trip.

I can’t sign off without saying thanks to Julie for the best birthday present a guy could want. She definitely has excellent gifting skills. There’s really nothing you can’t find in a gas station in Louisiana. 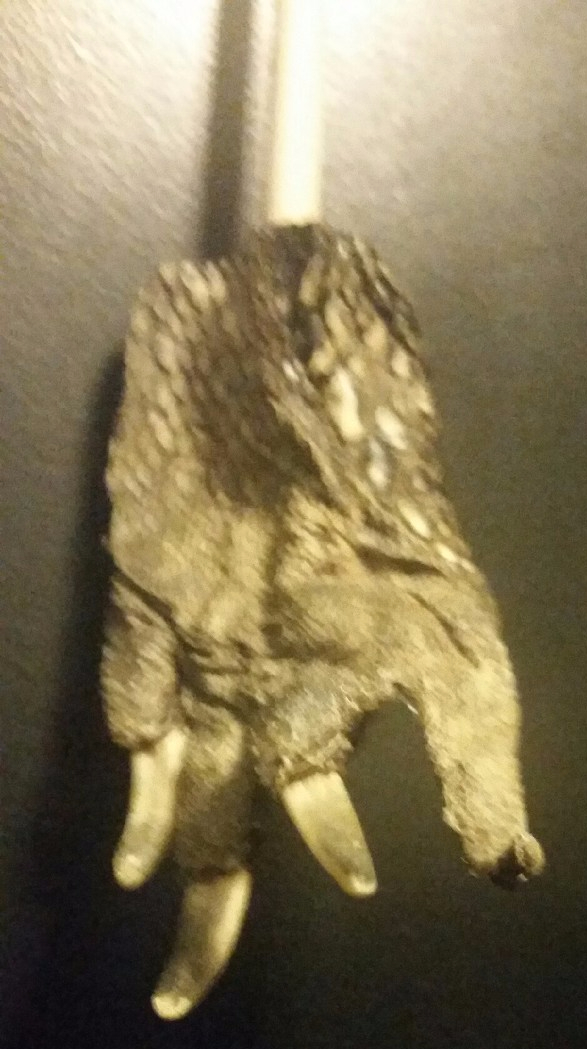 You can’t tell me anyone has given you a more fantastic gator paw on a stick. I’ve already started a list of excellent gift ideas for her birthday.

4 Comments on “Watering my soul”