On most Sunday nights, my neighbor from across the street rides to church with me in Jackson where our small Episcopal mission meets in a space sectioned off from an old furniture warehouse a few blocks from the Old Capitol Museum. Most nights it’s just us, her son whom she drops off earlier in the afternoon for the youth meeting, and Father Chuck, our vicar. After finishing a six-month-long study of the book of Mark, we spent the last few weeks just talking about whatever was on our minds. The lack of direction tended to lead to rambling, but I really enjoyed listening to the other three debate whatever topic because their combined intelligence is through the roof. I feel like a complete dunderpate while listening to them. 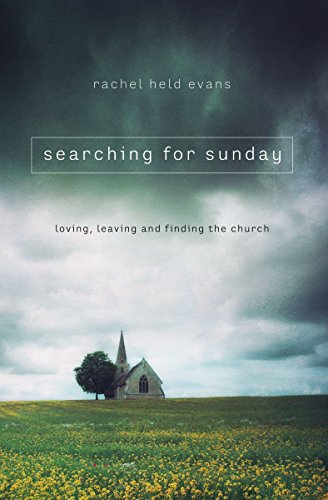 This past Sunday, Chuck asked in what direction we’d like to take the meeting going forward, and one of the brainiacs suggested reading a book to be discussed at the next meeting. I nodded my approval while thinking, Oh crap! I have to read something on a deadline, and I bet there aren’t that many maps or pictures in these types of books. Chuck then suggested a book Searching for Sunday: loving, leaving, and finding the church by Rachel Held Evans. It was only $.99 for the Kindle version, so I immediately bought and downloaded it.

I’ve already started reading it, so there’s a chance I won’t have to make up anything and act like I read the whole book when I didn’t. I’ll reserve commentary on the text until I’m finished except to say that so far it’s almost like somebody way smarter than me wrote about me.