The view from my seat: your view of me

Last week, I found myself having lunch with family members from Memphis. We picked a restaurant that was in a town that was about a two-hour drive for each of us and coincidentally also a restaurant I’d been wanting to visit for quite a while because it allegedly serves the best lemon icebox pie on the planet. I drove up by myself from Brandon, and my cousin and her husband drove down together from Memphis. They beat me there by a few minutes because it took me a few minutes to find a parking place and then try to remember what the driver’s ed manual said about parallel parking after I found a place close to the restaurant. 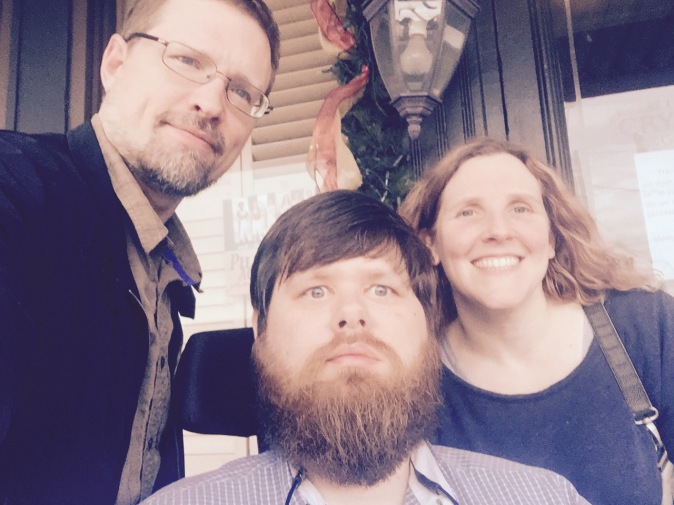 When I finally got inside, they were sitting at a table near the door and I wheeled on over to the side void of the chair they’d already removed to make space for me. They already had coffee and had established a friendly rapport with the cute blonde waitress who was waiting to take my drink order as soon as I was settled enough to realize what her role in this meeting was to be. I ordered a coke, partially because I was a little overwhelmed by the chaos of the place and that was just the first thing I could blurt out.

As my lunch companions and I eased into a comfortable rhythm of conversation, catching up with each other, getting the how’s-your-mama-n-’ems out of the way, the cute waitress came back with my coke and asked to take our order. We asked for some more time because we hadn’t really looked at the menu seriously yet, and the menu was several pages long with enough choices to thoroughly overwhelm me. After a minute or two of glancing down at the plastic encased booklet, Blondie was hovering again asking for our order. They ordered first, and I decided to just order the breaded veal cutlets that had been recommended by the person I’d asked for recommendations of places to eat in that town, to begin with. (I was not disappointed either.)

I noticed something a little odd when she took our order, but I didn’t think too much about it because I wasn’t sure if I’d heard what I thought I did. But, after 10 or 15 minutes, she returned to try to peddle some pie, and she did it again. This time I noticed, and apparently my facial expression told on me, to my table mates anyway. Blondie didn’t get it, though. When she asked if we wanted dessert, she asked my cousin and her husband what they would like first, because they had already finished eating. I was still savoring my tasty morsels, dining at a casual pace. Then, she looked at me and quietly asked my cousin’s husband if he thought I would like some pie.

Sweetie… bless your little heart. (If you’re not from the South, you may not recognize this phrase as the put-down that it is. In this case, I am telling her that she’s stupid.) I might not be able to two-step across the dining room, but I can hear and speak, as evidenced by the conversation that had been going on since I first put my elbows on the table.

I responded that I would be having a slice of lemon pie. So, a minute or two later, she brought some saucers of pie to the table. (The pie was as good as Maw’s, and that is a compliment I’ve never paid any pie that didn’t come from Maw’s oven.) We ate the pie and settled back to continue visiting. A couple minutes later, while I was still forking my pie, Blondie bounced back over wanting to give us the check. We told her how to split it, and she seemed honestly surprised that they weren’t buying my lunch. I obviously wasn’t capable of ordering my lunch, so why should I be able to use money?

The cute, blonde waitress saw my chair and ignored me. She didn’t try to get to know me in even the slightest superficial degree. If she had, she would have noticed that I am not mentally affected. I can speak intelligently, handle my finances, drive, eat, drink, and curse just like any able-bodied person she’s ever met. But, she didn’t treat me like just another person. As far as she was concerned, I was just the pitiful retard the sweet couple checked out of the group home for a piece of pie at Christmas time.

Encounters like that are rare for me, but they do happen, and I hardly ever say anything about them, either. But, just because I don’t talk about them, that doesn’t mean they don’t have an effect on me. Even though I know who I am and what I’m capable of, these sorts of comments lump me into a generic pile of defective humans. No matter what anybody says, no matter how mentally solid someone with a disability is, these interactions peck away at the confidence that is so hard to maintain, much less build, for someone with an obvious physical or mental difficulty.

Blondie left me questioning my appearance, my actions, my motions, my speech, searching myself for anything that would’ve made her deduce that I wasn’t capable of ordering my own food. I realize that the whole situation probably resulted from her just trying to be discreet and somehow respectful of my condition, but because she immediately defaulted to the worst possible scenario, her actions were quite offensive.

Don’t assume that, since the view from my seat is different from your view, I can’t see the way you look back at me.

4 Comments on “The view from my seat: your view of me”