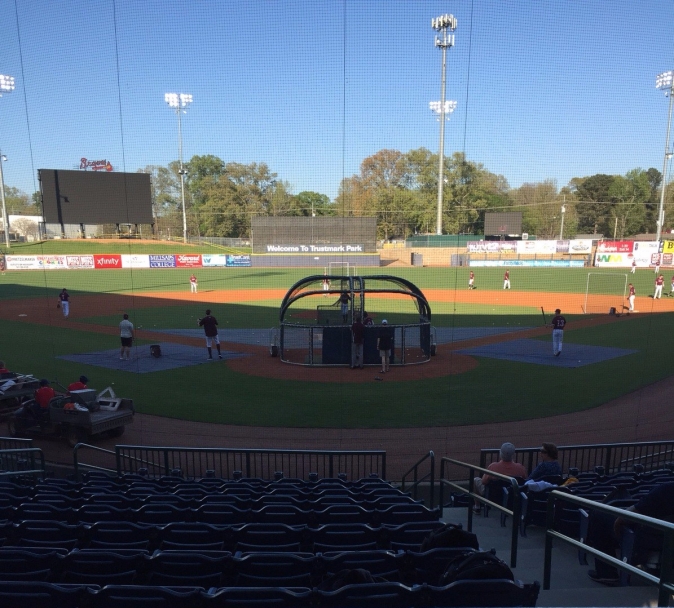 Dub was toiling away in his cubicle at the company his father-in-law owned, processing raw material invoices when his wife’s father stopped in to see him.

“Hi, Finn. What brings you down here among the unwashed masses?” Dub was not trying very hard to hide his resentment toward Finn.

When the housing bubble burst, Dub was a broker working for a mid-level firm on Wall Street making sweet money. But, while his bosses were getting their bonuses and government bailouts, he was sent packing with not even a thank you or goodbye form letter.

“Well,” Finn said, “I heard your name from one of our suppliers in a phone conference this morning. Ms. Hyashi told me that you helped her get a boatload of questionable chemicals through Customs without getting confiscated, and I wanted to thank you. We needed that shipment to close out a little deal with some friends in I- Well, don’t worry about where they are.”

“Seeing as how you did such a good job, I’m giving you the afternoon off and two tickets to a baseball game this afternoon. Why don’t you take my wee grandson to the ballpark?”

Dub looked at Finn with a sliver of suspicion as he took the tickets.

He turned to shut off his computer and said, “Thanks, Finn. I haven’t been to a game since I was in New York.”

As he turned back around, Finn was gone. He was walking away, talking to the curvy new intern with his arm around her shoulders and her skirt moving like a prize fight between two fine hams was going on underneath as she walked.

A few hours later, Dub and his son Seamus, named after Finn’s childhood Irish Wolfhound against Dub’s protestations, entered the gates of the local minor league ballpark. It was not the same as Yankee Stadium by a far sight, but it was a relatively new facility and pretty nice, all things considered.

As they were headed through the concourse to their seats, little Seamus spotted the concession stand and, having his mother’s absolute lack of regard or effort to understand the financial realities of the salary ol’ gramps paid daddy, they got in line so the little tyke could order, what felt like to Dub, one of everything on the menu.

As Dub balanced the checkbook in his mind, he looked at the prices on the menu and decided that he could avoid the cops being called to investigate the tantrum Seamus would throw, the likes of which the world wasn’t prepared for, if he didn’t get what he wanted. Then, as they were standing at the counter waiting on the pimple-faced high schooler to figure out how to make a Monte Christo from the directions written on the Sysco package it came from, Dub’s wife called from the Nail Shop, where she was apparently treating her mother to a mani-pedi, to ask him if he wanted her to order extra food for his supper from the Thai restaurant she was taking her mother to after their nails dried.

Dub told her that wouldn’t be necessary and began recalculating his mental check register. His mental spreadsheet went from black to red, and so did his rage. But, as so many times before, he closed his eyes, swallowed, and chewed it back down.

Just then, Punky Brewster appeared across the stainless steel counter with a garbage can lid full of food for the little redheaded 5-year-old that was grasping for whatever his grubby little paws could reach on the tray. As Dub reached into his wallet and began pulling out his credit card to pay for the prepackaged, overpriced, almost-unpalatable, garbage, his mental bologna slipped off of the bread. His give-a-damn shattered and sprinkled down into the gravy fries.

A calm spread over his face that was noticeable to everyone around him.

Pippi Longstockings behind the register asked, “Umm… Sir? Are you ok?”

One woman, somewhere behind him in line, said to another, “Dat man done snapped. I’m onna step back a little bit.”

Dub said, “No, I’m fine. But, let me add a large Guinness to the order, and do you have any bourbon or Camel unfiltereds back there anywhere?”

The young girl kept a worried eye on Dub as she poured his beer while he stood there glassy-eyed, staring blankly at nothing.

He smiled and looked at his wallet for an uncomfortable few seconds before pulling out a black card like she’d never seen before.

“Here you go,” Dub said. “Put it on this. …wait. You keep this and I want to buy everybody’s food today. Beers too… You tell them all it’s compliments of Finn O’Sullivan, and you tell them to order whatever they want.”

He put his balled-up fists on the counter and leaned in with a scowl on his face. “Do You Understand Me?” he asked forcefully but not loudly, pausing between each word to emphasize the importance of his directive.

Dub had given Finn’s corporate American Express card to be used for the enjoyment of every one of the few hundred people at the game that day.

There was a feeling as though the entire stadium exhaled all at once when Dub walked away with his beer and Seamus’s feast, as though Cletus was able to reholster Roscoe’s smokewagon without anybody being shot in the butt accidentally.

While performing a masterful balancing act with the beer and tray of food in one hand, Dub showed his tickets to an usher who studied them for a second before saying, “Yes, sir. I see you’re in one of the boxes,” he said with a smile. “Go see that man standing over there by the elevators and tell him you’re in 5.”

Two minutes later, they were shown into a comfortable room with a kitchenette, a few leather couches, a TV hung on the wall that was showing the field outside as the players were taking batting practice, and a retractable glass wall keeping the conditioned air corralled.

Dub placed the tray of disgusting food on the coffee table in front of one of the couches. Then, he took a stack of paper towels from the kitchenette and placed them next to the tray on the table before casting Dog with a Blog to the TV from his phone in hopes of keeping Seamus entertained while he went out onto the balcony with his gallon of cold, foamy, black, delicious beer in hopes of his internal spring unwinding enough to reduce the likelihood of its snapping.

He watched Seamus from the glass door for a few minutes as the little demon picked at some of the food while drifting into a zombie-like state, unaware of anything not on the tray of food or the TV. Then, when Dub was sure that he could escape unnoticed, he double checked his phone to make sure it was plugged in, it was hooked to the wifi, and airplane mode was turned on so that nobody could call and interrupt the blogging dog on TV. Everything was set, so he slipped out with ninja stealth.

He sat looking out over the green field of springtime grass. The uniformed boys stretching, running, throwing, batting, preparing for the contest upon them. The afternoon sun bathing him in the vitamin D his basement cubicle denied him. The Guinness turning his stress into a smile. A few of the groundskeepers putting down the chalk lines around home plate before turning and marking the path to first base and from third base back home. Other groundskeepers manhandling the fire hose emerging from a small hole on the edge of the outfield grass directly behind second base as they watered down the infield dirt as smooth as the fondant on a wedding cake.

Below him, he could hear a hushed murmur from the sparse crowd in the precious few silent moments between the unbearably chatty announcer on the public address system reading out the starting lineups, advertisements, and promotions, the cheesy sound effects, and the utterly abysmal “country” music the kids are into these days.

After 15 minutes of the interruptions to his solitude, he stood up, placed his cup of happiness carefully in a cupholder, and crawled over the two railings of the empty skyboxes separating him from the press box.

The announcer was surprised to look to his left and see Dub’s face, twisted with anger, pressed against the window glass, his breath fogging the glass as it exited his nostrils.

“Shut up, Leroy! There are only 10 of us here to watch this game and none of us want to hear anything you have to say.” At this point, a vein in Dub’s forehead was protruding to the extent that a bind heroin addict could shoot up on the first try. “Nobody cares who’s pitching! Shut up!”

When he turned around to go back to his seat, he saw Seamus trying to wrestle the beer out of the safe hug of the cupholder.

“Dammit, Seamus!” he bellowed. “Leave that alone! Get back inside!”

Dub was hurtling chairs and railings as he tried to keep the boy from drinking or spilling his beer. Well… except for the last railing. His back foot hung on it, and his right cheek scraped across the roughness of the new concrete floor as he crashed down awkwardly.

Laying between the seats, his face bleeding on the new, pristine concrete, he heard Seamus say, “Da-” before the flood of now-lukewarm, dark beer entered his ear canal and washed over his head and shoulders.

Dub laid there sobbing, covered in beer, bleeding, reasoning with God. He wondered what he’d done in this life, or a previous one, to warrant the daily hell he woke up and went to sleep in.

Seamus was pushing on him and kicking him in an effort to raise him because he was tired of Dog with a Blog and wanted to watch Sesame Street, but Dub just laid there unresponsive, sobbing quietly.

A few moments later, there was a knock at the door to the skybox and an usher entered. Apparently, the spilled beer had been dripping onto some folks seated below, and he’d been sent up to see what was going on.

“Sir, are you ok? Sir… Hey, buddy. Are you ok?” the usher asked as he shook him gingerly, trying not to get anything on his hands in case Dub was dead or zombified, or something.

Without moving, Dub said, “Yeah. I’m ok. But, you tell that blood sucking daddy’s girl and her manipulative, condescending daddy that I’m done!”

He slowly peeled himself, bloody, bruised, and beer-soaked, off of the concrete floor, wet with a wasted $15 beer and a pool of fresh blood. When he was upright and somewhat sure afoot, he brushed himself off, straightened his clothes, exhaled forcefully, shook the cobwebs out of his head, and said, “Well, then. I guess that’s that. Thank you for checking on me, sir.”

He pointed at Seamus and said, “His name’s Seamus.”

The usher leaned down and said, “Hello there-” before Dub interrupted him.

“His mother’s number is in that phone,” pointing to his cellphone charging on the kitchenette counter.

The usher had a puzzled look as he watched a wide-eyed Dub backing out of the skybox door mimicking a Vegas blackjack dealer as he made the hand motions to demonstrate that he had nothing up his sleeves when switching out with another dealer.

“I’m out!” and the door shut behind him.

The usher stood there bumfuzzled, wondering what had just happened until…

As he radioed security about an unsupervised kid he found in one of the skyboxes, he thought, “I understand, brother. Fly away like a bird. Fly far, far away from here.”

← Knives and nerds
I’m told somebody loves everybody →